An EU with financial arms 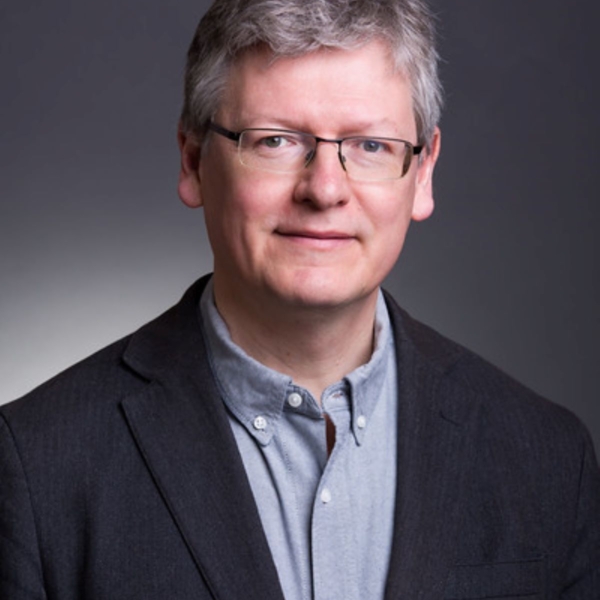 One year after the first lock-down was imposed by governments to tame the unexpected coronavirus pandemic, Europe is still struggling with a health crisis, as well as the resulting economic and social consequences. However, the corona recession also pushed Europe to a new level of economic integration. This is a new chapter which has to be fully explored, to make European economies and societies more resilient against future shocks.

Once it was understood in March 2020, that to eliminate the coronavirus, much of the economic and social activities have to stop, macroeconomic policies turned around. EU fiscal and state aid rules were suspended to enhance the room for manouvre for national governments. Based on the 2020 crisis response, one can detect a significant, if not compelling contrast between the austerity focused answer to the past eurozone crisis (2010-2) and the willingness to engage in counter-cyclical policies, job as well as income protection, during the current coronavirus recession. This new direction is not only diametrically opposed to the macroeconomic framework of the 2010-2 period, but it also breaks decisively with the intense prevarication that was so typical for the Juncker period.

In the previous crisis, it took about two years between 2010 and 2012 to arrive to the right approach. In 2020, it only took two months. Though Europe again appeared somewhat divided on the question of solidarity, the debate quickly moved to a new dimension, thanks to the proposed 80% increase of the overall fiscal capacity of the EU, the introduction of a counter-cyclical stabilisation function, and the possibility of financing transfers from jointly issued debt. Needless to say, the EU should have displayed much more fiscal risk sharing already in the previous crisis. But even if the old model was dying, the conditions for the new to be born were not there.

Notwithstanding some initial hesitation, the counter-cyclical response from the ECB was also swift and decisive. In May 2020, the Commission put forward a two-tier proposal regarding the new Multiannual Financial Framework. In July, the European Council endorsed the new approach, and developed a compromise between member states regarding some key details. The main novelty is the newly conceived anti-crisis fund (Next Generation EU). Under this programme, for the first time in its history, the EU will borrow from capital markets to finance expenditures throughout the Union. In terms of size, the most significant component of the package is The Recovery and Resilience Facility, which consists of large scale financial support (up to €310 billion in grants and up to €250 billion in loans) to both public investments and reforms, focusing on green and digital transformations. This is supposed to make EU countries’ economies more resilient and better prepared for the future.

At EU level, the outcome of the 2020 crisis response is not simply an example of the proverbial step to the right direction. The newly created instruments appear as very important features that potentially can turn the MFF from its head to its feet, by establishing a proper stabilisation role at the community level. From various forms of passive support (e.g. suspending fiscal or competition rules in times of crisis), the EU equipped with new instruments can now move to active support. Though a lot of steps still have to be made for the implementation and the effectiveness of the new Recovery instrument, May 2020 saw a change of spirit which, if sustained, can turn out to be a game changer not only for the short-term economic recovery but also the longer-term reconstruction of the EU. While with delayed disbursement the new tools can only help with liquidity at a later stage, the political commitment of EU member states already helps to diminish the risks of insolvency, and thus the likelyhood of disintegration.

Arriving to this point required a sea change in Germany’s approach to the question of Europe. Better late then never, Germany started to function as a genuine unifying country, right when the government in Berlin was also assuming the rotating presidency of the Council. While the U-turn (not the first one) was primarily orchestrated by Angela Merkel, the role of Social Democrats, holding again, after a long break, the finance portfolio, should not be underestimated either. Though cautiously at the beginning, Olaf Scholz opened up first thinking and than action in new directions, leaving behind the period when German economic policy was reduced to the pursuit of fiscal discipline in good times, and austerity in bad times.

Needless to say, the corona effects on the integration will not stop at finance, and they do not even start there. The idea of a Health Union already popped up before Covid-19, but the pandemic made it truly irresistible. Needless to say, a Health Union would not mean that the EU would take over the health care services or health insurance within the member states. We also saw that on some issues (like vaccine supply coordination in particular) the EU may fail in the first round. However, a shared health response mechanism could make a difference in case of future shocks. Minimum standards in healthcare would help preventing European health care breaking up into first and second (and possibly third and fourth) classes, and the stress-testing of national health care systems could help spotting weaknesses that require reform and investment to deliver according to citizens‘ expectations. These new frontiers of the integration, together with others, can be discussed more deeply in the context of the Conference on the Future of Europe, scheduled to start in May 2021.

What the EU budget can still do

The European Union recreates its own budgetary framework every seven years. In 2020, this coincided with the coronavirus crisis, which demanded a high degree of coordination, innovation as well as creativity from the decision makers. Until Covid-19, the MFF debate was overshadowed by the consequences of Brexit, and the resistance of various groups of countries to changes in the EU budget either in qualitative or quantitative terms. COVID-19 has not changed everything, but it did result in a tidal change on some most critical aspects of EU fiscality.

The glass ceiling of 1 per cent (of GNI) is broken. To find new and more sensible yardsticks for the MFF, it would be beneficial to carry out a comprehensive public finance study about the EU, similarly to the MacDougall Report (1977), which concluded that up to 2-2.5% of member states‘ total GDP should be centralised already in a pre-federal stage. However, the question is not only how much the EU spends, but also how the EU funds operate. Heads of state and government when they meet in Brussels mainly discuss the sizes of various envelops, but not how the money is disbursed, which also would need to be on the agenda.

The sharp increase in EU funding thanks to Next Generation EU should exactly be the trigger to launch operational reforms, ensuring that Cohesion Policy through all its components delivers according to its mandate. In order to minimise the risks of abuse, the Commission would need to play a greater role in the disbursement of both new and old funds, which requires more staff and well designed, efficient procedures. To adress weaknesses, assisted management would need to be developed, and peer reviews could be used to improve the quality of spending.

Rule of law conditionality has been discussed again and again, and some progress has indeed been made here, but essentially it is wrong to reduce the debate on the integrity of EU funds to a tool that still needs to be invented and will remain untested for a while. It is equally important to establish a powerful EU prosecutor with broad competences, and break the monopoly of shared management in the area of Cohesion Policy.

Towards a sustainable EMU

Next Generation EU is not simply a reconstruction plan, but also a tool to ensure that the EMU does not come under pressure the same way as it did ten years before. However, this is just a relaunch of a transformation which would lead to a viable Economic and Monetary Union (EMU). The latter would require progress with various other outstanding reforms: completion of the Banking Union, creation of safe assets, and the creation of a European Monetary Fund out of the European Stability Mechanism.

Revising the fiscal rules of the EMU appears to be a most urgent task on the list of necessary reforms. This review process was launched by Commissioner Paolo Gentiloni in early 2020, but now it has to catch up and become consistent with the new thinking embodied in Next Generation EU. If the rules of the Stability and Growth Pact (and the so-called „six-pack”) are just suspended to deal with the pandemic, but re-introduced unchanged in 2022, we can easily end up again with premature fiscal consolidation and a self-inflicted recession.

Introducing unemployment reinsurance is another important commitment of the von der Leyen commission. According to their mission letters, Paolo Gentiloni and Nicolas Schmit will have to come forward with this initiative, that could ensure that the EU does not only provide a safety net for those whose jobs can be saved (in the from of the „SURE” instrument), but also for those who loose their jobs in major recessions. Such a scheme would not require extraordinary resources while it would represent tangible solidarity with the weakest participants of the labour market. In the last decade, a host of studies demonstrated the capacity of EMU unemployment insurance (or re-insurance) to deliver economic, social as well as institutional stabilisation, and the momentum created by the pandemic should not be wasted.